Amputation of fingertips is one of the most common injuries in children. Doors on buildings and cars seem to be the biggest offenders. Factor in the weight of the doors closing on those tender digits and the slower response time of the child, and you have a disaster in waiting.

This type of injury exposes the bone, posing a threat of infection. Antibiotics are commonly used to reduce the risk of infection. Damage of the digital nerves often occurs and neuromas (abnormal nerve formation) can form after surgery, requiring additional surgery.

The surgery available for amputations involve reconnecting the nerves and blood vessels of the amputated part to the injured extremity. The estimated cost is approximately $13,000 to $17,000 per digit and may require several hours under general anesthesia. He prognosis varies and successful reattachment may not have complete sensory motor function.

The emotional issue is also important. Surgery aesthetically improves the suture site and reduces the scar tissue to make the stump smoother, but it doesn’t help the emotional trauma of the child as he looks down at a permanently disfigured hand. As the child grows up he or she will continuously relive the accident as people ask, “What happened to your finger?”

On February 25, 2000, my six year old son inserted his fingers in the hinge side of a 7 foot solid wooden door as it was closed. The door was adjusted to close automatically after opening. This action produced an amputation of the distal phalanx of the middle finger on the right hand. Because the patient was in a medical setting at the time of the accident, immediate emergency attention was implemented. The hand was elevated, pressure applied to the end of the extremity and the patient was transported to the Emergency Room.

After triage, an orthopedic specialist ordered anteroposterior and lateral radiographs, along with immediate pain management. The radiographs confirmed a complete amputation of the distal phalanx with no other fracture noted. Due to the extensive trauma the avulsed portion received it was not suitable for reattachment.

Recommended treatment was as follows:

The patient was given an IM injection of Rocefin for antibiotic purpose. Acetaminophen with Coedine elixir for pain, and the finger was dressed with triple antibiotic ointment. Prescriptions for antibiotics and pain medicine were given, as well as directions to schedule surgery with an orthopedist.

I recalled the research of Dr. Becker on amputations in his book The Body Electric. He studied the ability of salamanders and starfish to regenerate new tails and limbs, and discovered that these animals have a unique quality: they alter the polarity of the body in relation to the extremities after an amputation.

The orthopedic doctor I visited recommended, largely at my insistence, treating the finger without surgery. With daily dressing changes and administration of the prescribed antibiotics, his prognosis was for full closure of the wound with granulation tissue.

After leaving his office I phoned a friend who had attended a seminar given by Dr. Bart Flick, an orthopedic surgeon who has developed Dr. Becker’s theories. As divine intervention would have it, Dr. Flick was on his way to Houston, TX (my hometown) to give a three-day seminar on “Treatment of Amputations of Digits in Children.” I picked Dr. Flick up at the airport and he evaluated the finger himself. He was filled with encouragement and enthusiasm as he described the course of treatment for the next six weeks.

The centerpiece of the treatment involved Silverlon™, a unique nylon material impregnated with Silver ions, developed by Dr. Flick over the course of many years. His suggestion was to use a technique that involved stimulating the innate cellular memory in the finger tip to generate new, healthy tissue.

The steps involved were as follows:

The new plan was implemented immediately. The finger was dressed with a 2×4 inch piece of Silverlon™ held in place with Kerlix and soaked in sterile water. More sterile water was poured over the dressing and the entire thing wrapped in saran wrap to help retain moisture. Adhesive Kling was used over the saran wrap and around the wrist to secure the dressing. The entire hand was inserted into a white sock. There was no follow-up with oral antibiotics or analgesics.

This procedure was repeated daily for 70 days. The first week proved promising – there was no pain, redness or swelling noted. The physical appearance altered to become a stark white, shriveled digit, primarily due to the aquatic environment.

Day 29 brought forth our long awaited blastoma. Now the tip of the finger had the appearance of a shiny wet mass, almost mucous-like in formulation. It was important to be gentle with the dressing so as not to disturb the new tissue. Within another week a layer of dermis emerged and continued to reveal itself. By day 38 the finger was about 50% longer than the estimated loss.

Day 40 brought the first hint of a new nail bed. Each day there was a noticeable improvement in the length of the fingertip and the new nail. By day 70 my son saw no need to continue the dressing and he chose to remove it. By this time the finger was 98% back to its original length with 100% sensation to the tip and 100% capillary refill to both the tip and the nail bed. The nail was a health pink color with a good-sized moon at the cuticle. A week after the removal of the bandage we found it necessary to trim the fingernail due to its continued growth.

The most amazing thing was yet to come. I had fingerprinted my son for identification purposes prior to the accident. After the regeneration, I had him reprinted to see if in fact the cellular memory was strong enough to duplicate the original fingerprint. I took the prints to the police station and they confirmed the prints to be the same.

Silverlon™ has been approved by the FDA as a wound dressing and is available in 4×4 squares as well as larger sizes. Job stockings, helmets and body suits are available for different uses. The applications of Silverlon™ will multiply as more and more studies prove its efficacy for different conditions.

The use of Silverlon™ is a perfect adjunct to an integrative practice. Any time you can reduce the use of oral antibiotics and decrease the need for anti-inflammatory or analgesic medications you have lightened the burden on the body. I can see a day when every first aid kit will have band-aids made with a piece of Silverlon™ instead of just a gauze square.

An amputation similar to the one in this case would typically involve surgery costing from $13,000 to $17,000. The cost of the case presented here would be estimated at $519 if a twelve-week period were used. 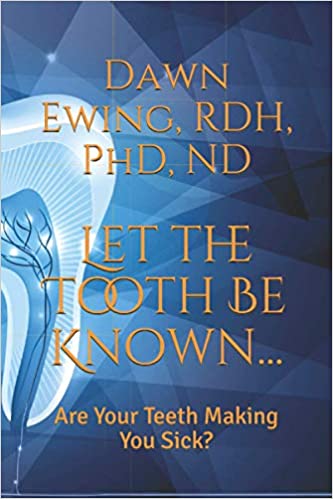